In celebration of 100 years of women’s right to vote, the Florida Museum of Photographic Arts will display the group exhibition Reframed from until December 2020.

Reframed exhibits four internationally renowned photographers who analyze the representation of women and female stereotypes in media, culture and science. By re-photographing, re-framing, and re-assessing common imagery and ideas of femininity in a male orientated world, these artists provide an inside look through the female lens of underlying female stereotypes and prejudices.

Astrid Jahnsen (Peru) re-photographed in her series Back Drop, images in old encyclopedias of women who mostly appeared by chance and coincidence in the background of other images. She takes these women out of anonymity, rewriting male-dominated history by rescuing them from that second plane and placing her as the main character, thus presenting them without the conditioning of the gaze that recorded them.  Iraqi artist Sama Alshaibi, who lives and works in the US, questions the impact of unequal power relations between the West and the Middle East, as well as how that domination is captured and documented in photographs. For this project Carry Over, she created self-portraits by using traditional printing processes. The series recalls and subverts historical Orientalist portraits through a feminist and post-colonial lens. Ina Jang’s (South Korea) Utopia is a series that researches the silhouettes of female figures found in the Japanese soft-core pornographic genre ‘Gravure (グラビア)’. Navigating the portrayals of women and the suggested femininity in this genre, her work questions our relationships with the stereotypical representation of the female body. In her video  Office Scene, photographer and video artist Endia Beal (US) confronts the viewer with black female stereotypes in the workspace by creating an uncomfortable situation with white male co-workers that lay bare the double standards used for young black females in society. 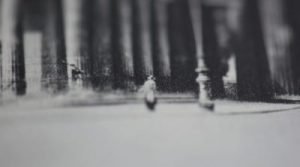