Film Tampa Bay Presents is a quarterly series designed to showcase Tampa Bay-area films, filmmakers, actors and locations through FREE community screenings at Tampa Theatre. Just in time for the holiday season, Bouncy Boxer Media brings us a story that resonates with many: while the holidays are a time to be spent together with friends and family, it is oftentimes a moment of grief for those who have lost their loved ones. On Wednesday, Nov. 30, Tampa Theatre shares that holiday story of hope on the big screen at 7:00pm.

For the first big holiday since Tom passed, Martha has to keep it together for her family. With an ever-changing guest list, menu, and secrets starting to unfold, the Winthrop family is thrown in several directions. As Martha tries to keep the family Thanksgiving dinner under control, the emotional temperatures start to spiral into an all-out food fight.

Written and directed by local filmmaker Stefanie Davis, Home for Thanksgiving is her third feature film, following Hot Mess in a Wedding Dress (2019) and The Christmas Ride (2020). Her company, Bouncy Boxer Media, is a women-owned production company that is a champion for women’s stories.

Donations of non-perishable food items will be collected at the screening for distribution through Feeding Tampa Bay. Those who donate will be entered into a drawing for FREE tickets to a future Tampa Theatre screening and a VIP swag basket from Film Tampa Bay. CLICK HERE for Feeding Tampa Bay’s list of needed items

The first 150 patrons to enter will also receive FREE popcorn and soda. Then, be sure to stick around after the film for a Q&A with the director and cast, moderated by Tampa Bay Film Commissioner Tyler Martinolich.

Admission is FREE, but reservations are required by clicking the show time at right. 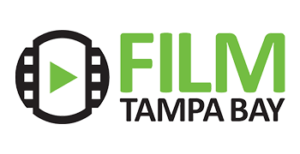