Wednesday’s Child tells the story of Britt, a white working class
Midwesterner. She begins a career on the bottom rung of an
industry remade by Latinos, whose population growth is fueling
that of America, and is coming to understand what it means to be
outnumbered. She and her family struggle to navigate a new and
confusing terrain in America, frightened that whites seem to be
losing their majority status and where demographic anxiety is
contributing to many of the social fissures polarizing the US –
from immigration and their town’s influx of Spanish workers to
welfare reform to the election of President Trump. Finally, at a
crossroads, Britt is faced with adapting or succumbing to the dark
forces of violence in reaction to a world that has brought anger,
frustration and disenfranchisement. 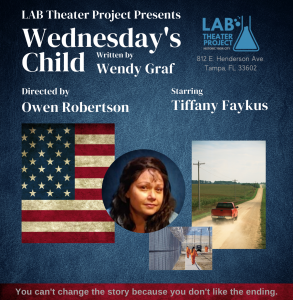