Every time we hear this groove, it feels like Oliver Heldens is in town  Labor Day, Oliver Heldens, Get Your Passes Now!!!Time to groove: GA & VIP Passes Private Cabanas Tables & CouchesLife is Better…Wetter  * TABLES * CALL 813-786-1300or TEXT 813-265-1234A genuine superstar with No. 1 hits and over 2 billion cumulative streams to his name, Oliver Heldens is at the vanguard of the new generation of house music stars. Oliver’s career has been a whirlwind of mind-boggling success ever since his breakout hit ‘Gecko’ was taken to the UK No. 1 spot with a vocal from Becky Hill, with the record receiving Platinum sales status. A collaboration with Tiesto and remixes for Calvin Harris, Dua Lipa, Coldplay, Justin Timberlake & SZA followed.   As much as Oliver Heldens is one of the most prolific and successful DJs and producers around, he is also a resolute perfectionist. It’s this encompassing and extensive interest in music of all forms that led Heldens to set up his own record label, Heldeep. Heldeep has since become a platform for music by veterans like Dada Life, Chocolate Puma and Example to new kids on the block like Alok, Throttle, Brohug & Zonderling and it stretches far beyond releasing music. Heldeep has hosted stages at many of the world’s premier festivals including SW4 in London, Tomorrowland in Belgium, Spring Awakening in Chicago and hosted club nights & day parties all over the planet.   His residencies at Hï, Pacha & Ushuaia Ibiza as well as Marquee Las Vegas in addition to his billing as a headlining act at seminal festivals across the globe including Coachella, Glastonbury, Lollapalooza, EDC, Tomrrowland & Ultra continue to place him at the epicenter of the global DJ circuit! 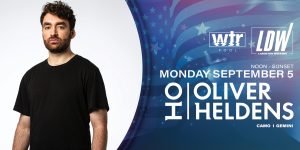