La Lucha is a Tampa Bay based trio of three best friends from three different parts of the world: Colombia, Mexico, and the United States. Its members are Alejandro Arenas, John O’Leary; and Mark Feinman. Their repertoire is a diverse mixture of Latin-inspired rhythms with jazz standards, twisted arrangements of pop songs, and original compositions. Joining them is Ona Kirei, a vocalist, composer and an arranger from Barcelona.David and Cat Doersch, the husband and wife founders of the band, toured for years internationally as the leaders of Celtic Rock band, Coyote Run. Guitarist Rich McGuire has toured for years internationally from huge festivals to cruise ships to music clubs. Skotie Carino, bass, has spent decades touring on four continents, headlining major music festivals and concerts. Together, this crew of musicians create a powerful blend of influences that transport the audience to far away lands and times. 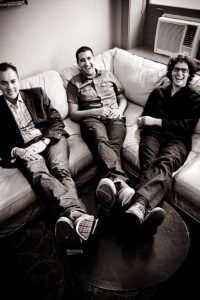