In 2012, we began offering daytime matinees to school groups (Fahrenheit 451, Much Ado About Nothing). In 2016, we had a one-year partnership with both the Community Foundation of Tampa Bay and the Saunders Foundation that allowed us to double the number of those performances, reaching thousands, while getting over 500 of them into the theater at absolutely no cost. In 2017 we entered an arrangement with Hillsborough County Public Schools, the Arts Council of Hillsborough County, and the Straz Center/Patel Conservatory to become part of their Field Trips program. Most recently we offered both The Tempest and 1984 to schools for weekday matinees in addition to our standard mainstage performance times. 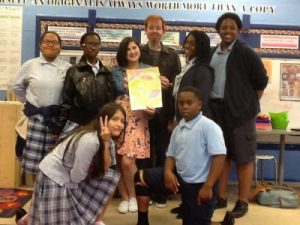