Have Blues, Will Travel: Traveling Blues Musicians in the Jim Crow Era

Because Black artists were not paid royalties on their songs in the way white musicians were, touring was among the only ways to make money from their music. However, traveling as a Black person, especially in the American South, was incredibly dangerous. On the road, travelers were faced with segregation laws everywhere. There was intense discrimination and even violence in some cases. With the Negro Motorist Green Book’s help, however, safe spots were identified along major United States roads and highways. This exhibit showcases the hardships and inequality Black Blues musicians faced while traveling to play concerts in the Jim Crow era. 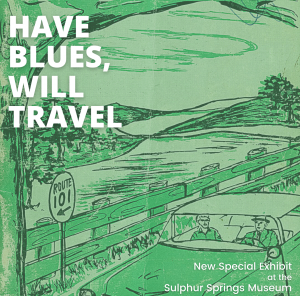