The 2021 One Act Festival
Friday, July 23, 2021 8 p.m.
Saturday, July 24, 2021 8 p.m.
Sunday, July 25, 2021 2 p.m.
Friday, July 30, 2021 8 p.m.
Saturday, July 31, 2021 8 p.m.
Sunday, August 1, 2021 2 p.m.
Tickets now on sale
All Tickets: $15
For the first time ever, our hugely popular One Act Weekend expands to a two-weekend festival!
Audiences will experience an eclectic mix of short plays never-before produced in Florida, featuring comedy, drama, and everything in between!
In addition to thrilling sell-out crowds, this exciting event provides playwrights with an opportunity to see their work produced and provides emerging directors with experience under the guidance of seasoned mentors.
The first weekend features short plays written, directed and performed by adults, and the second weekend features short plays written, directed and performed by teens.
Featured Plays
Adult Weekend:
Annnd Scene (Of the Crime) by John Busser – Directed by Jeron Dooling
A loose cannon cop and his partner flip the script on their chief suspect when they turn his improv comedy training against him! Can a simple call bell be the broom that sweeps away a tangled web of jealousy and deceit surrounding the death of his teammate? Find out in this nonstop laugh-a-minute romp!
Maude by Andra Laine Hunter – Directed by Jeri Paulick
Two single swinging silver foxes are looking for love. Instead, they find each other, in the world of speed dating.
Practically Perfect by Gretchen Suárez-Peña – Directed by Zach Zayas
Nannies come and go in children’s lives. They are trained to support the families they are assigned to. However, it is important to stop and take a moment to do something for yourself if you are not happy. No one is always practically perfect.
Prometheus Shrugs by John Bravoso – Directed by Jessica Butterer
In this witty Greek Mythology “Where Are They Now,” see how the story really went down. The eagle charged with eating Prometheus’ liver for eternity is growing weary of the routine. But when Heracles shows up ready to free the titan, the two unlikely friends are forced to decide whether to take a risk or stick with the devil they know.
A Conference on the Mound by Timothy Lehnert – Directed by Max Allen
In a close game of major league baseball, an impromptu therapy session breaks out. The players and an unruly fan discuss what has an impact on their game and their lives.
A Little Ditty About Jacques and Diane by John Sallustio – Directed by Amy Lyn Howell
It’s opening night, and moments before curtain call, the female lead decides she’s not going on. The stage manager has to break the news, but the director just doesn’t want to listen. Will the show go on?
Exit Interview by Bridget Grace Sheaff – Directed by Marina Spears
Endings are often full of questions. One woman is all business as she tries to get those answers.
The Last Deck Chair In The Resort by Lindsey Brown – Directed by Eboni Graham
How far would you go to grab the last deck chair in the resort? Two women on the edge are about to find out.
Teen Weekend:
Murder at Morgan Manor by Marisa Lane – Directed by Atticus Failes
Someone is dead, and it’s up to a private detective to find out who in the victim’s quirky family is a murderer. But, what if none of them did it?
Nuclear by Elizabeth Shannon – Directed by Keira Osborne
Three sisters await an ominous deadline, discovering much in the little time left.
The King of 22nd Street by Nathan Pham – Directed by Zachary Trenkle
A man who works in a grocery store believes he is the king of his disheveled home. But he is about to meet the Queen.
Nerd Out by Henry Levy – Directed by Madison LeVine and Noah Perez
Middle-schooler Jeffrey is navigating life in this cringe-worthy family comedy. Told from Jeffrey’s perspective, Nerd Out tackles the role homework plays in the life of a middle school student, and how it impacts his relationship with his dad.
Nancy by Elizabeth Shannon – Directed by Sage Turner
A family has gathered for a party, but one guest is visiting from very, very far away.
Teen’s Best Friend by Henry Levy – Directed by Noah Perez
Through a conversation with a dog, this comedic play explores middle school stress and the mixed messages that middle schoolers receive at school and home.
Jake and Toby by Elizabeth Shannon – Directed by Madison LeVine
Jake and Toby are stranded inside during a snowstorm – the worst and best time to discover new things about their relationship.
The Cast List by Henry Levy – Directed by Laura Lopez-Forero
A teenager uses humor to deal with a classmate who has posted a video of him on social media without his permission.
Theatre For All:
Carrollwood Players offers a limited number of free tickets to every performance for low income families receiving Florida SNAP benefits. 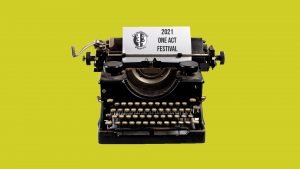